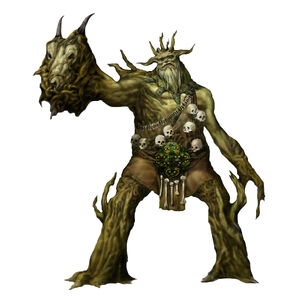 The Twisted Man was formerly one of The Six traitorous advisors for the Emperor in Gauntlet: Seven Sorrows. He is the second boss in the adventure and is the Emperor's third sorrow.

He is responsible for corrupting the forest where he dwells in, and has transformed into a giant Treant-like being whilst attempting to make himself immortal.

This article is a stub. You can help Gauntlet by expanding it.

Retrieved from "https://gauntlet.fandom.com/wiki/Twisted_Man?oldid=3879"
Community content is available under CC-BY-SA unless otherwise noted.